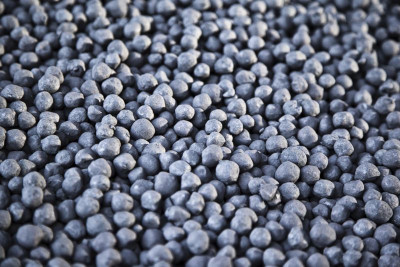 Construction will soon begin on a world-unique test facility which is a key component of HYBRIT, a joint initiative of LKAB, SSAB and Vattenfall. In the plant, fossil fuels will be replaced with biofuel to achieve fossil-free production of iron ore pellets. The aim of the HYBRIT initiative, which is supported by the Swedish Energy Agency, is to develop a process for fossil-free steelmaking by 2035.

In 2016 LKAB, SSAB and Vattenfall joined forces to create HYBRIT in an effort to revolutionize iron and steel production. The aim is to develop the world's first fossil-free steelmaking process, in which carbon dioxide emissions are virtually eliminated, by 2035. In 2018 the Swedish Energy Agency announced that it would contribute funding amounting to more than 500 million kronor towards the pilot-scale development of an industrial process, with three owners, LKAB, SSAB and Vattenfall, each contributing a third of the outstanding capital for the project.

Fossil-free steel production starts at the mine and LKAB is working hard to determine the design of the next generation of pelletizing plants. As part of the HYBRIT initiative a biofuel-based plant is to be built at LKAB's Malmberget site. This project will cost in the region of 80 million kronor. Testing a bio-oil system is part of the pilot phase and the objective is to convert one of LKAB's pelletizing plants from fossil fuel to 100-percent-renewable fuel. This means that fossil-generated carbon dioxide emissions from the Malmberget operation will be reduced by up to 40 percent during the test period, which corresponds to about 60,000 tonnes per year. Eventually, LKAB hopes to achieve totally carbon-dioxide-free pellet production.

"Within HYBRIT, LKAB is examining options for replacing the heating technologies used in the pellet process, which are the heart of our processing plants. In parallel, trials will be conducted in an experimental facility in Luleå using an alternative heating technology. Trials will determine whether new biofuels and plasma burners will work in the unique setting of a pellet plant. Ultimately, this will make LKAB's iron ore pellets completely carbon-dioxide-free," says Jan Moström, LKAB's President and CEO.

The global iron and steel industry is one of the sectors whose processes emit the most carbon dioxide. A growing population in combination with greater urbanization means that demand for steel will continue to grow until 2050. If the HYBRIT initiative succeeds, Sweden's carbon dioxide emissions will decrease by ten percent.

"Together with our owners, we hope to be able to solve the problem of emissions in the iron and steel industry. The initiative is decisive for Sweden's ability to meet the targets set out in the Paris Agreement and nationally, and it is our contribution to battling climate change. Fossil-free production of iron ore pellets is an important step towards reaching these goals," says Mårten Görnerup, CEO, Hybrit Development AB.

Following a prestudy conducted in 2016–2017, the first sod was turned in 2018 for a pilot plant for hydrogen-based reduction of iron ore in Luleå. This plant, which is expected to be completed in 2020, will be used to test processes downstream from the pelletizing plant. The investment in a pilot-plant for bio-oil in Malmberget, which is an important milestone for HYBRIT and the development of fossil-free pellet production, is expected to be completed by 2020. The first tests will be conducted up to 2021.

"Vattenfall is looking forward to further collaboration. Our partnership with SSAB and LKAB is playing a very important role in the electrification of the industry and the development of fossil-free hydrogen to enable a fossil-free life within a generation," commented Magnus Hall, President and CEO, Vattenfall.

"We are on our way to a revolutionary technical advancement showing the world that it is possible to produce steel without producing carbon dioxide emissions," said Martin Lindqvist, CEO and President of SSAB. “Work is proceeding according to schedule and I am confident that we will succeed. As a first step toward creating a fossil-free SSAB, we have decided to switch to an electric arc furnace in Oxelösund. This will entail decommissioning both blast furnaces in around 2025 and will reduce our CO2 emissions in Sweden by around 25 percent” he said.

The primary goal is to eliminate fossil-generated carbon dioxide emissions and thereby stop the net increase in carbon dioxide in the atmosphere. This will be done by converting to renewable fuel. In the next step, LKAB's vision is to fully eliminate carbon dioxide emissions from the pelletizing plants. LKAB's iron ore consists largely of magnetite and, even without the use of bio-oil, it already gives the company a big environmental head start on competitors. Steel produced from 100-percent LKAB iron ore pellets results in carbon dioxide emissions that are14 percent lower when compared to steel manufactured at an average European sinter-based steel mill. One explanation is that it requires less energy to make pellets from magnetite than from the more commonly occurring hematite. The pellet process currently requires a lot of energy, while a very great amount of heat is released when magnetite is converted to hematite.

Hybrit Development and the HYBRIT initiative Hybrit Development AB is a joint venture between the steel manufacturer SSAB, the mining company LKAB and the energy company Vattenfall. The objective of the joint-venture is to develop the world’s first fossil-free, ore-based steelmaking process. The project started during the spring of 2016 and the goal is to have an industrial process in place by 2035. The byproduct of using fossil-free electricity and hydrogen in steelmaking, instead of coke and coal, will be water instead of carbon dioxide. The initiative has the potential to reduce Sweden’s total carbon dioxide emissions by 10 percent. The HYBRIT initiative has been granted financial support from the Swedish Energy Agency. Research Project 1 (RP1) is a comprehensive collaboration among industry, universities and research institutes aimed at ascertaining fossil-free steps in the energy, mine, iron and steel value chain. www.hybritdevelopment.com.