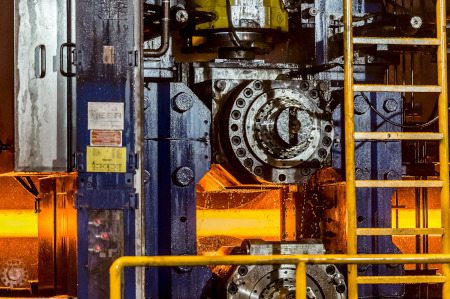 Duferco Steel, located in Brescia, Italy, has placed an order with SMS group for a new medium section rolling mill. This flagship project will focus on core components of digitalization and automation in production and logistics, and on sustainability. This new, ultra-modern rolling mill to be installed in Italy will make Duferco one of the most important centers of steal beam production in Europe.

With the new mill Duferco will be able to reach a yearly output of 1.5 million tons of long products. “Our main goals are to set new standards in customer service, maximize the overall process efficiency and become the best-cost producer in Europe,” says Antonio Gozzi, president of Duferco Italia Holding. “We are committed to making beam production more sustainable, meeting the highest standards in environmental protection and safety.”

SMS is going to supply the complete new medium section mill, including electrics and automation systems up to Level 2. Moreover, a SMS DataFactory will be implemented, combining the information from the product tracking system with all available data in the plant, from the sensor level up to the higher-level automation systems. In this way, a product genealogy will be created, which is the basis for digitalizing the complete production process and – through the use of artificial intelligence – will be setting new benchmarks in digitalization.
Thanks to the first green PPA (Power Purchase Agreement) signed by the Italian steel company, the whole power supply of the new rolling mill will be covered by renewable energy.

The mill will be equipped with the latest generation of CCS® (Compact Cartridge Stand) tandem mill stands, featuring strengthened guide holders, a new chock design and the new Technological Control System TCS plus. “By implementing TCS plus, Duferco will have additional productivity reserves and will be able to minimize the hydraulic power consumption. Moreover, the new tandem mill will be supplied fully prepared for low-temperature rolling which will allow savings on valuable resources such as alloying elements. This is our contribution to cost effectiveness and a smaller carbon footprint,” says Thomas Massmann, Executive Vice President Long Products at SMS group.

The laser-based PROgauge light section measuring device, including the SurfTec surface defect detection system, from SMS will enable Duferco to measure the sections inline and to detect and analyze surface defects that may occur during the rolling process. Marco Asquini, CEO of SMS group S.p.A.: “We are proud to support Duferco in becoming the benchmark for efficient production of sections in Europe.”
The project is scheduled to be implemented during a period of only two years, with commissioning planned for the end of 2022.

No thoughts on “New benchmark in steel beam production”