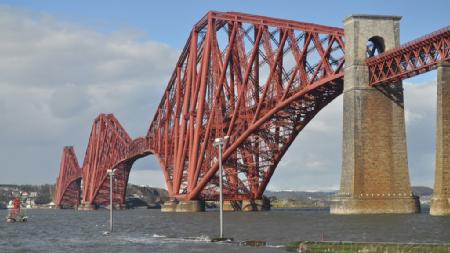 The value of the Scottish Steel sector in relation to the rest of the world and also the UK specifically has been analysed by researchers from WMG, University of Warwick, who have found investment could be the key to reviving the industry into a thriving industry.

Steel has played an important part of Scotland's economy since 1751. The nation's industrial heritage has relied upon steel, which has been a key part of shipbuilding, energy, rail and civil engineering industries. There have been 12 iron and steel works in Scotland with the last major one to close being Ravenscraig in 1992.

There are currently 266,500 people employed in Scottish steel using industries, while indirect employees in the supply chains can be estimated at around 800,000, making a total of 1.06 million people – around a third of Scotland's working population. The steel markets account for 31.2% of Scotland's turnover, essentially meaning just under 1/3 of the population rely on Steel for income.

Between 2015 and 2030 the steel market across the UK is set to increase by 1.5 million tonnes, worth a total of £3.8billion to the UK economy, with the demand expected to increase in construction, machinery and engineering, and yellow goods (earth moving equipment).

However whilst the demand for steel is increasing, it is predominantly increasing for crude steel, which Scotland does not produce a significant amount of, in fact the largest steel plant in Scotland is Liberty Steel Dalzell in Motherwell, which doesn't produce any crude steel.

In fact in 2018 there was £371.4m of imports of iron and steel into Scotland whereas their total iron and steel product exports stood at £313m, with £159m of that being exported to the EU.

Dr Russell Hall, from WMG, University of Warwick comments:
"The world's population is set to increase from 7.7bn people in 2020 to 9.7bn in 2050, therefore the demand for steel will continue to increase, this provides an opportunity for Scotland to revive their steel industry and boost their income, however this will require coordinated government intervention and leadership into steel making capability, this could be in the form of direct investment, indirect support such as the reduction of energy costs or increase in skills provision for steelmaking".

"This could mean that Scotland could manufacture new steel types, expand current steel making capabilities, and reduce the operating costs for steel makers."

If investment were to happen it could mean lower CO2 emissions, as it enables lower energy steel processing, it also enables the sector to work with existing supply chain and customer demands, and put state of the art equipment into Scottish steel manufacturing. In combination with Scotland's renewable energy agenda it could see green steel production at the heart of Scotland's manufacturing industry".