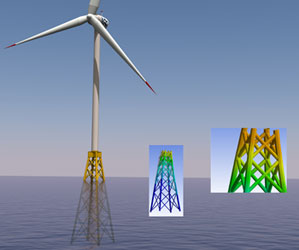 Gijón (Asturias, Spain), 25 February 2015 - ArcelorMittal’s plant in Gijón will supply 23,000 tonnes of heavy plate for the construction of 29 jacket foundations for the Wikinger offshore wind farm in the Baltic Sea. Shipments will be delivered between March 2015 and March 2016.

Installation of the jackets – which help to anchor the turbine to the sea bed and are suited for installation in deep water - will start in the first quarter of 2016 and is expected to be completed by the end of summer the same year.  The wind farm will be built around 75km from the German coast, in an area where the water depth ranges from 37 to 43 metres.

The Wikinger wind farm is being developed by the electricity producer Iberdrola, which last December awarded the contract for the foundation jackets and piles to the joint venture formed by Navantia and Windar Renovables (Daniel Alonso Group).

This is one of the largest offshore wind power projects ever developed by Spanish companies, with the energy produced by the 350 megawatt (MW) wind farm set to meet the electricity requirements of more than 350,000 households in Germany. The energy produced will help save nearly 600,000 tonnes of carbon dioxide (CO2) emissions a year.

ArcelorMittal Asturias is the only heavy plate producer in Spain. The site has extensive experience in the supply of heavy plate for the construction of onshore wind turbines. The development of new steel grades and the use of state-of-the-art steel processing technologies have enabled it to broaden its steel product offerings so as to access new markets and diversify its product range.

The supply of heavy plate for offshore wind turbines is another step in this direction. These steel grades not only have to provide the mechanical properties required to support the wind turbine structure, but must also offer outstanding resistance to corrosion in a highly aggressive environment.