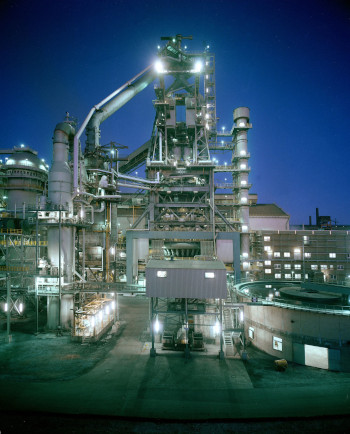 The world of metals has a special event in store for the coming year. The trade fair quartet of GIFA, METEC, THERMPROCESS and NEWCAST 2023 – known as The Bright World of Metals – will bring together companies and equipment providers of the international steel and aluminium industry, foundries and metal working companies under the roof of Messe Düsseldorf from 12 to 16 June 2023. At the four leading international trade fairs, developments for the climate-saving production and processing of metals from aluminium to copper and steel will be centrestage. The plethora of innovations ranges from saving energy with the help of artificial intelligence to hydrogen technologies and carbon substitution. Before the end of this year the new trade fair decarbXpo (Expo for Decarbonised Industries > ENERGY STORAGE) will map out pathways to decarbonisation in Düsseldorf from 20 to 22 September. The first expert article on the trending theme of decarbonisation and green steel will focus on the challenges associated with decarbonisation. The second expert article uses the steel industry as an example to flag up current transformation pathways to climate neutrality.

Tasked with achieving climate neutrality by no later than 2050, the industry is faced with what is probably the biggest transformation in its history. The industrial furnaces used in the metal sector for melting, annealing, tempering and holding of metals alone consume some 40% of the industrially used energy in Germany. Almost 20% of all climate (greenhouse) gases are emitted by the manufacturing sector, to the tune of 200 million tons of CO2-equivalents each year. Consequently, alongside the classical sustainability themes of energy and resource efficiency, cross-industry CO2-reduction and CO2-avoidance rank high on the agenda of industrial companies.

The pathways to decarbonisation are varied and differ from industry to industry. The use of digital technologies, for example, holds the highest potential in production. According to the current Top 500-Study carried out by Accenture up to 61 megatons of CO2 can be saved by 2030 in industrial manufacturing by accelerated digitalisation. This alone does not help sectors such as metal production. The steel industry is faced with the mammoth task of shifting technology to new CO2-free manufacturing processes based on hydrogen and renewable energies.

The exhibitors at decarbXpo held in Düsseldorf from 20 to 22 September 2022 want to flag up which transformation pathways to climate neutrality are realistic and which technologies are ready for the market. With this new meeting point for climate protection, the energy transition and decarbonisation Messe Düsseldorf targets all industrial and commercial operations wishing to make their processes and energy supply future-proof, addressing energy-intensive industries, in particular. Energy storage systems will continue to form an integral part of this trade fair. These play a particularly prominent role for cutting energy costs in companies when it comes to peak load capping or security of supply.

Meeting point for metal industries: The Bright World of Metals 2023

Metal companies are major emitters in the industrial sector. Steel and aluminium producers alone account for some 8% of global CO2 emissions. In Germany, the steel industry accounts for about 30% of industrial emissions and to the tune of 6% of total emissions. The largest CO2 emitters in this production network are the coke-fired blast furnaces for producing pig iron as an input product for steel production.

Steel mills and aluminium producers, foundries and metalworking firms have a comparatively large carbon footprint in production. High electricity prices, rising energy costs for gas and oil, the challenges associated with the energy transition and climate change as well as the consequences of the war in Ukraine put an additional burden on enterprises.

The trade fair quartet GIFA, METEC, THERMPROCESS and NEWCAST held in Düsseldorf from 12 to 16 June 2023 will therefore highlight the developments keeping the metal sectors busy and the innovations the metallurgy machinery and equipment builders have to offer. The Bright World of Metals covers all production routes and processing methods for iron and steel, aluminium and magnesium, copper, zinc and other NF-metals. One exhibitor focus is traditionally the foundry industry with GIFA.

The challenges of climate change mean a catch-22 situation for the metal industries: they are just as much part of the problem as they are of the solution. Innovations such as windmills and solar systems, lightweight automotive construction and e-mobility, electronic products from micro-chips to super computers all the way down to robots would not be feasible without metals. Iron and steel, aluminium and copper, manganese, magnesium, nickel or even lithium and rare earths are irreplaceable from the raw material to the pre-product. Primal and forming processes like casting, milling, forging and stamping, and manufacturing technologies like welding, drilling, milling, as well as – to an increasing extent – manufacturing itself are mature technologies for producing and processing metals and it is impossible to imagine metallurgical value chains without them.

Metals are by their very nature indispensable enablers for the circular economy – starting with the raw materials and “coming full circle” with recycling. Indeed, clean-grade, sorted metals of a wide variety of products can be re-used as secondary raw materials a virtually unlimited number of times – inexpensively with significantly less energy and CO2 emissions than the primary metals originally made from ore. However, to also make metal production from ore climate-neutral by 2050, new process routes on an industrial scale must be developed.

Steel producers at the focus of the climate debate

The steel industry is the “chief offender” here. Steel production using blast furnaces already operates at the optimum process parameters also in terms of CO2 reduction. Climate neutrality and/or a further drastic decrease in greenhouse gas emissions can only be achieved with a costly technology shift: by switching from coking coal to hydrogen and electricity from renewable energies as well as by further expanding the circular economy.

Being one of the big CO2 emitters the steel industry has the biggest lever in terms of decarbonisation. The use of one ton of green hydrogen in steel production saves 26 tons of carbon dioxide compared to the classic coal-based blast-furnace route. This means the steel industry is also the guarantor for establishing a hydrogen economy, as the Wuppertal Institute underlines in a current study on the decarbonisation of industry.

By accounts of the “Wirtschaftsvereinigung Stahl” (German Steel Federation), approximately 30% of crude steel in Germany is produced using the electric steel process; 70% of steel production uses the blast-furnace route. Assuming the electricity for the arc furnace was exclusively obtained from renewable energies, electric steel would theoretically be the climate-neutral solution. But it was not only scrap shortage and a lack of green power that “put a spanner in the works” here. Steel production from iron ore is also irreplaceable in metallurgical terms since by no means every steel grade can be molten exclusively from scrap.

The problem of today’s steel production is the coal in the blast furnace. During the traditional blast furnace route oxygen is extracted from the iron ore using coke (coal prepared in a coking plant) as a reducing agent and the reduced ore with additives is molten into pig iron. In the accompanying chemical process the coke gasified to carbon dioxide by injecting hot air reacts with the oxygen in the iron ore forming CO2. The liquid pigs are subsequently purified from unwanted by-elements such as carbon, silicon, sulphur and phosphorus by oxygen injection in the oxygen steel converter and they are converted into steel. Each ton of crude steel emits some 1.7 tons of CO2, of which over 90% forms in the blast furnace.

Decarbonisation of steel production therefore means replacing coal as a reducing agent. Theoretically, this could also be achieved with bio-coke from renewable sources and/or organic waste. Due to the volumes required, however, this is a more viable option for the far lower-volume cast iron production in the foundry industry.

To reduce the CO2 concentration in the atmosphere the capture and subsequent storage of CO2 is currently under discussion as a bridge solution until 2045 – (Carbon Capture and Storage, CCS). In countries like Germany, however, this solution has not met with a great deal of approval so far. The situation is better for the capture and usage of CO2 (Carbon Capture and Usage, CCU). Here CO2 is seen not only as a greenhouse gas but also as a raw material for the chemical industry. Thyssenkrupp, for example, already uses metallurgical gases for chemicals production as part of the Carbon2Chem Project today. This reduces the CO2 emissions – both in steel and chemicals production.

Also discussed as a bridge technology for a limited period is natural gas for direct reduction, but the direct reduction plants have to be hydrogen-ready for this. The use of grey hydrogen – hydrogen produced from natural gas – would also qualify for this temporarily. Furthermore, the injection of climate-neutral hydrogen in existing blast furnaces could also be a temporary solution for immediate CO2 reductions in existing plants.

The aim, however, is not CO2-low steel production but one that is as CO2-free as possible coupled with a compensation for the remaining CO2 volumes. This can only be achieved by direct reduction of iron ore with hydrogen from renewable energies.

Innovative processes from the metal-working industries and the steel sector will be on show at the leading global trade fairs GIFA, METEC, THERMPROCESS and NEWCAST in Düsseldorf from 12 to 16 June 2023. The ecoMetals campaign of Messe Düsseldorf will make reference to the ecological path of these industries and promote companies that invest in innovative, environment-saving and sustainable technologies.

No thoughts on “Transformation pathways to a climate-neutral metal industry”